“Everyone is in favour of free speech. Hardly a day passes without its being extolled, but some people’s idea of it is that they are free to say what they like, but if anyone else says anything back, that is an outrage.”
― Winston Churchill

So imagine we have a group of people in the room. One of them is secretly a dalek who actually hates all life and has anger management issues and a disintegration beam. Those people might argue, they may have bad days, but only one of them is going to ever disintegrate people.

That’s one model of problem players – that some people are not like other people and are inevitably going to go dalek. The reason is not important, just that when you put them in that setting, they are going to be a problem. So if you can find and turf out those guys ASAP, the game space instantly becomes less threatening for everyone else. For lulz you could separate them into their own space where they can exterminate each other rather than just turfing them out completely. 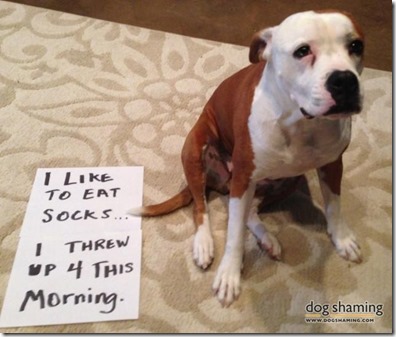 Here’s another model: dogs aren’t bad, they are just dogs. And sometimes that means they might do things that annoy other people (or dogs) if they aren’t properly trained.

So if you socialise your dog properly, identify the behaviour you want to stop, and put in some training,  then all will be well. If we want people to stop being abusive online when they lose a PvP match or end up in a PUG with someone who they think is a noob, then we have to teach them this is not acceptable and that bad dogs will be shamed. It is, ultimately, behaviour that players can control if they want to.

“In this country, it is good to kill an admiral from time to time, in order to encourage the others” (Dans ce pays-ci, il est bon de tuer de temps en temps un amiral pour encourager les autres).” Candide (Voltaire)

An example of using a ban as a teaching mechanism for others.

So let’s try this again with less labelling

I don’t like labelling people as problem players. Or in other words, everyone is someone else’s problem player. But there are legitimately some people who struggle more with playing with others. We don’t need to know the reasons for this – some people are on the autistic spectrum, others have abusive backgrounds, others have been used to a community where smack talk and rage outs are acceptable, others are roleplaying being internet heroes. Maybe it’s patriarchy to blame, or capitalism, or the internet, or testosterone, or the NHS, or young people today, or the parents.

In the ideal world, there would be help and support. In the real world, they get to stomp all over the rest of us while society figures out how to best regulate the internet. And at this point I am equating problem players in MMOs to trolls on the internet. It isn’t the first comparison I am going to make but it does demonstrate how there is a difference between committed, organised trolling and people who just rage out from time to time when they’ve had a bad day at work. And as an added bonus, lots of people rage out when they encounter any kind of rules or regulation that involves them being told off. (I can say this from my experience as a mod on rpg.net).

And as soon as we shift from talking about problem players to problem behaviours, we have a problem which (potentially) could be solved. Make no mistake, solving the problem of online bullying is up there with climate change and water shortages and war in the middle east as one of our generation’s Big Problems.

Unfortunately, bullies don’t want to be ‘solved’ and will spend many happy hours figuring out ways around any mechanisms that are in place, so that they can  make other people’s lives more miserable. Or in other words, Lum is wrong and actually it may be a problem if the cats want to play with the box rather than the cat toy. Why do I say it? Because if some people are determined that their game is really about playing with the other players whether they like it or not, they are ruining the sandbox for others.

For a lot of others though, the behaviours can be channelled and the larger and more successful massive online games are finding ways to do that. I will talk more about Blizzard later this week because I think they and Riot are right up there with the best of any online organisation, public or private sector, in managing the player base. MMOs/ massive games are going to be where these techniques are honed and the ones which work will see use more widely later.

And at the same time, we can argue about how well this behaviour management is working. WoW is still a game in which you may zone into a PUG/ LFR and be abused/ booted while you are a new player and trying to learn the strategies. LoL still has a reputation for similar types of abuse. There are other games which have more pleasant communities and reputations. So the other angle would be – how do we build nicer communities?

Thanks all for the feedback on yesterday’s post! I see some agreement with the general principle that we’d like our online spaces to be less hostile, and some equally valid concern about the mechanics of how this might happen and what kinds of rules could be fairly applied online.